Locked Away- An Internment Camp in our backyard?

09/27/15
For years, tens of thousands of people were locked away in the desert, forced to start over and build a life out of sand and fear during World War II.

Growing up in the “land of the free”, it’s hard to imagine that not too long ago, we had internment camps in our own backyard. And for over 17,000 people, these scars from their past run deep.

Between 1942 and 1945 Poston Camp incarcerated 17,867 Japanese men, women and children. Regarded as the largest and hottest camp at 115 degrees in the summer (with humidity off the Colorado River), Poston War Relocation Camp is located 17 miles south of Parker, AZ and encompassed over 71,000 acres.

Evacuees of Japanese descent were forcibly taken from their homes and only allowed to bring with them what they could carry. The majority of people were from Los Angeles and San Diego, CA and the government saw anyone with at least 1/16th of Japanese blood as a threat to the United States during World War II.

It would seem as if the internees had their own fully functional city, but the reality of life in the camp was harsh, barren and frightening. The government only allocated $.40 cents a day for food, so the internees grew their own fruits and vegetables and raised their own chickens and pigs. Housing was extremely primitive and the lack of privacy was incredibly difficult for the Japanese women who were required to do ALL of their daily routines in front of others.

As time passed, 662 babies were born and 221 adults passed away at the Poston Camps and the quality of education and job opportunities were seriously lacking, while hope and morale were fading.

For years, tens of thousands of people were locked away in the desert, forced to start over and build a life out of sand and fear. It wasn’t until the spring of 1944 that the executive order was lifted and the internees were finally free. All that stands today of those indignities are some derelict buildings, a beautiful memorial monument and a haunting reminder of what life must have been like for those imprisoned families.

Although the Totally Trailer gang did not take our RV here and there is no RV camping at the site, it is certainly a fascinating day trip from Parker, AZ.

The monument has a few benches and a kiosk with photos and informational brochure too. 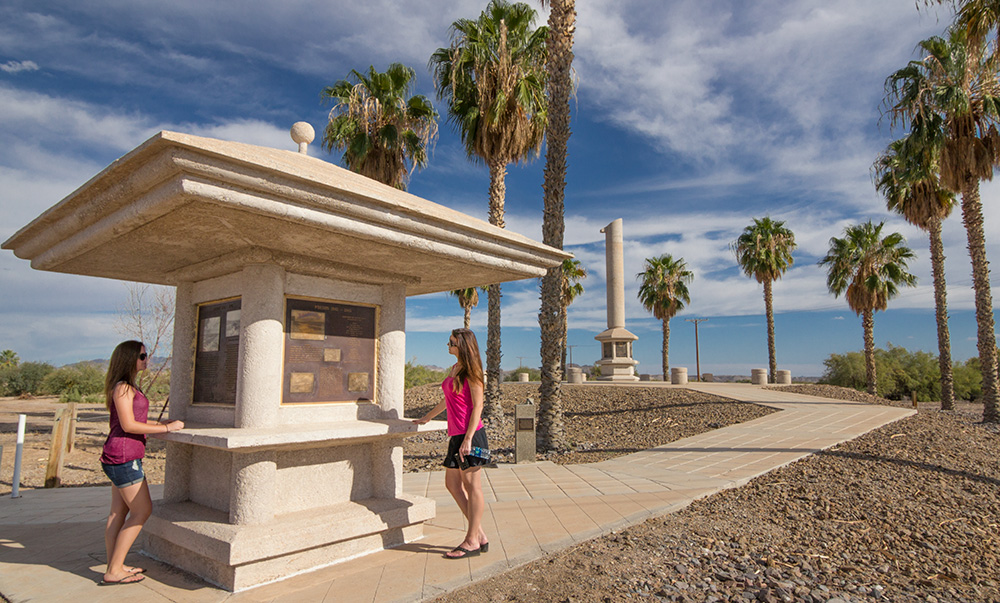 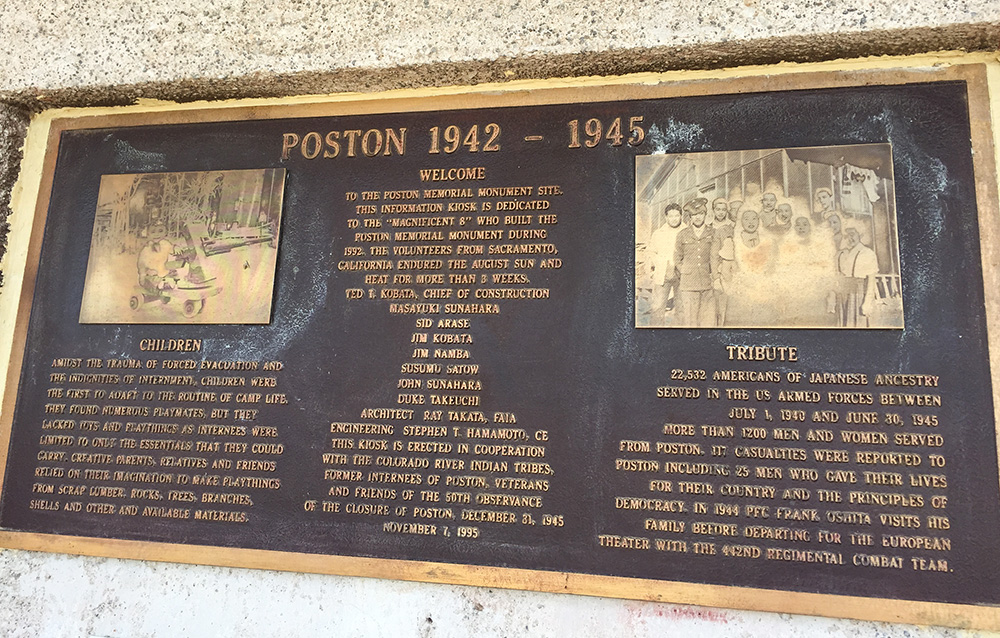 Plaque and memorial in Poston honoring the site 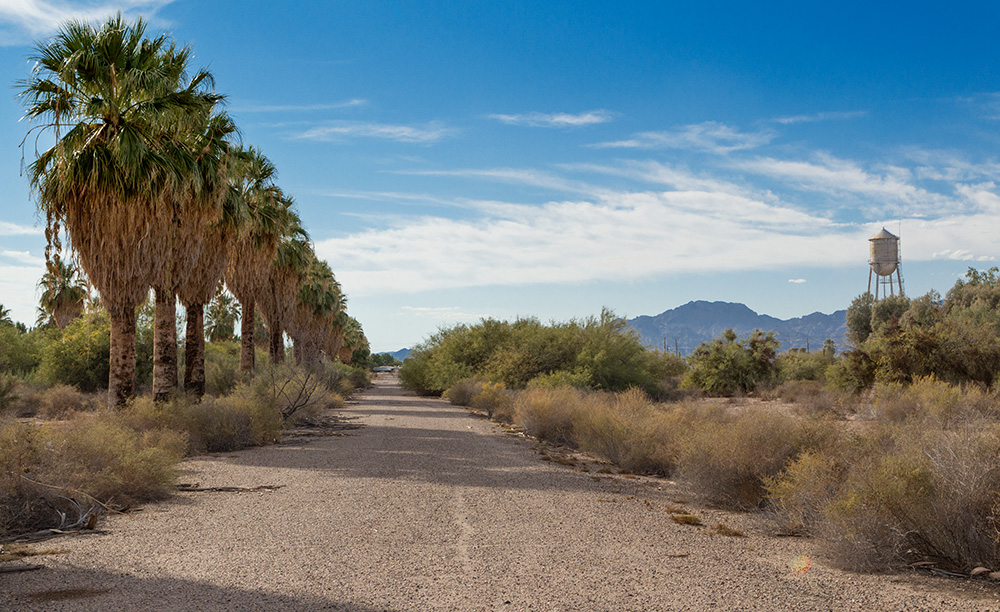 Now un-maintained and overgrown by vegetation, these lonely and abandoned roads indicate the presence of a once populated camp. 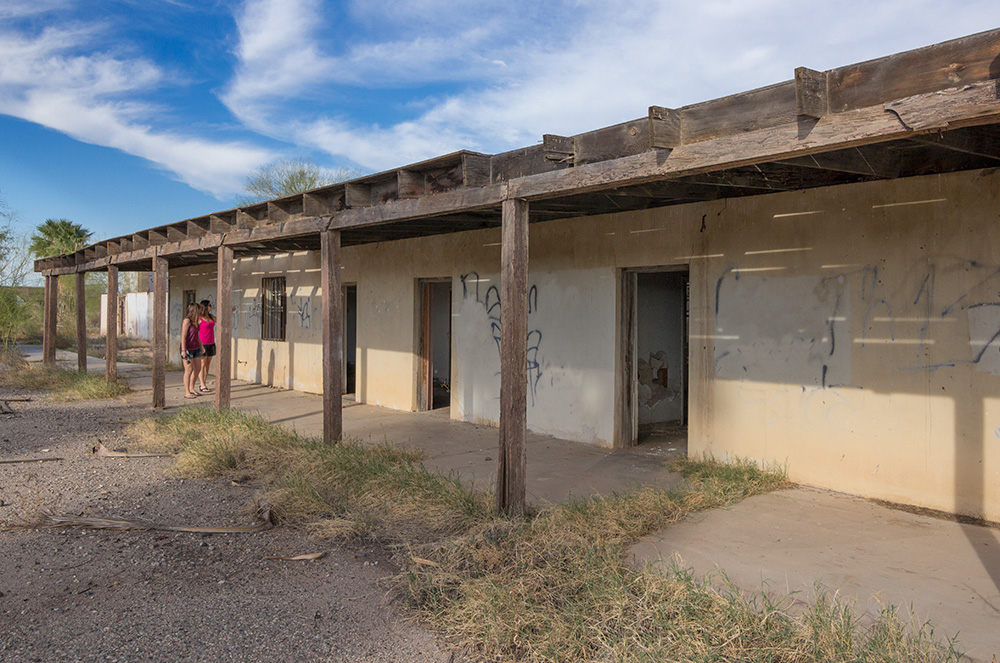 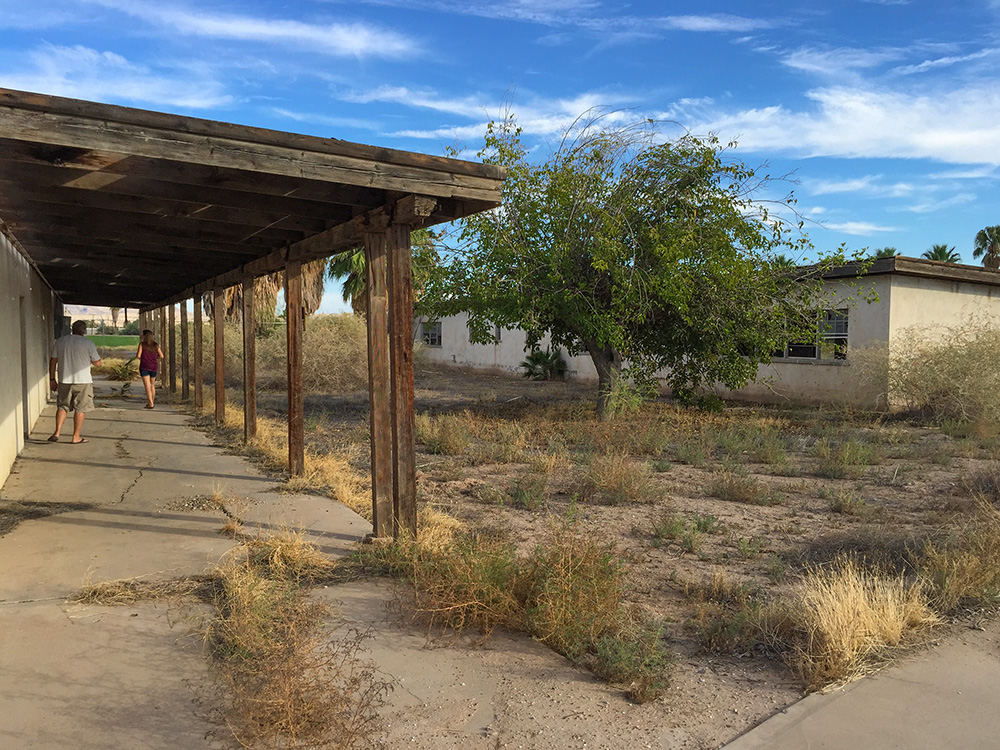 Wandering through abandoned places is both exciting and eerie! 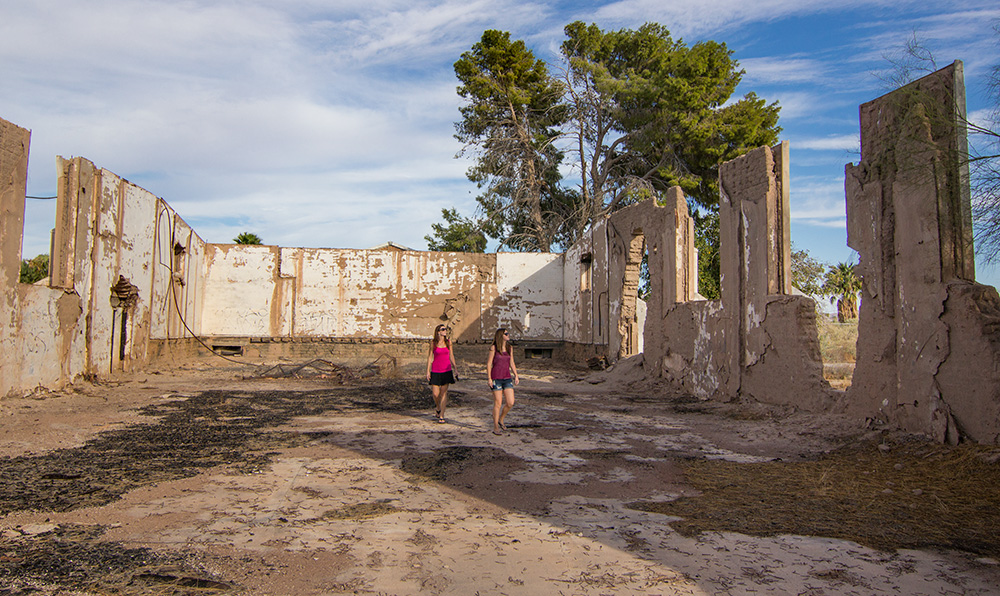 Walking through the burnt and broken down elementary school 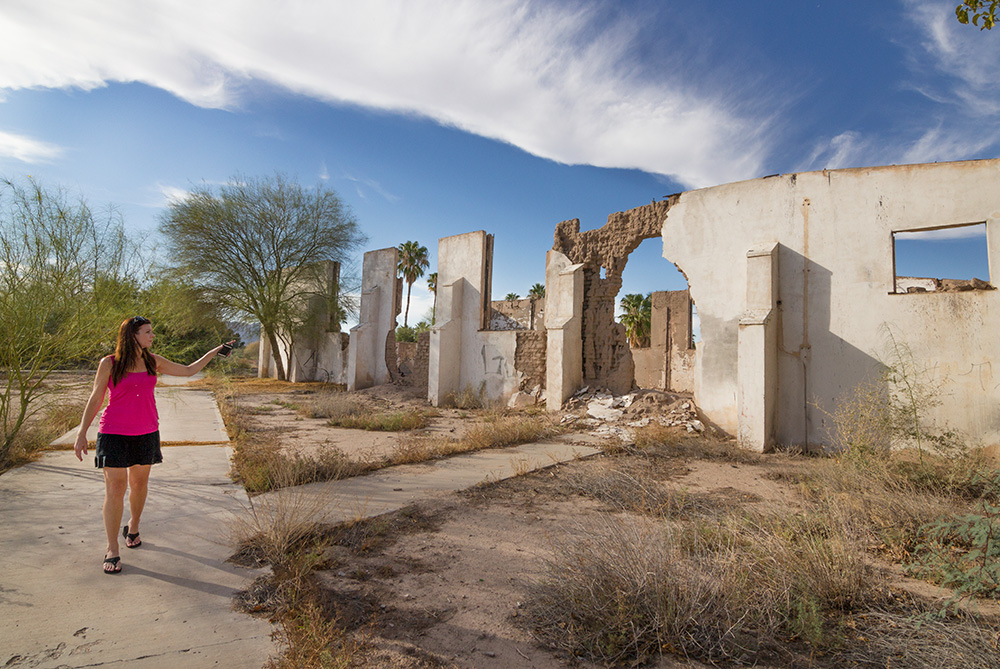 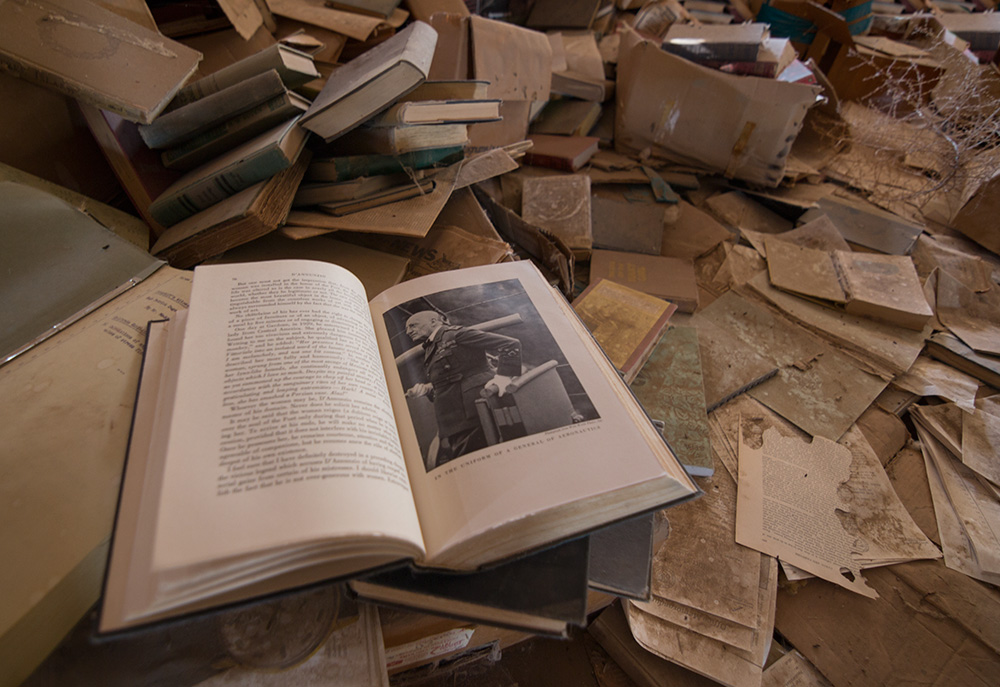 A massive warehouse houses thousands of old books, textbooks, files and magazine from a bygone era 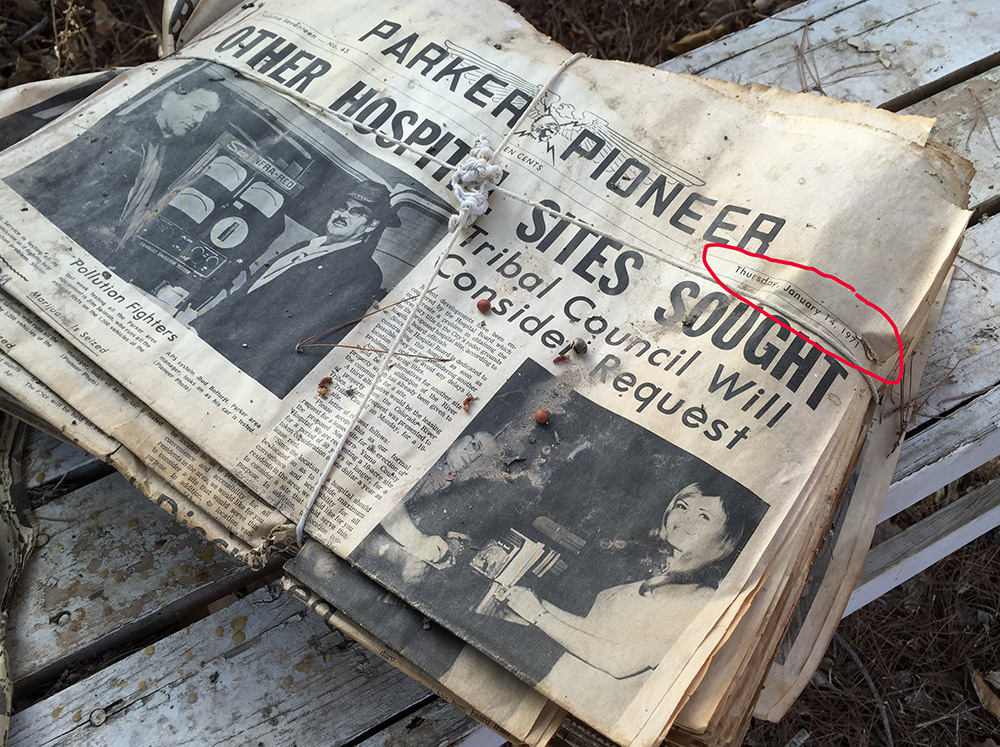 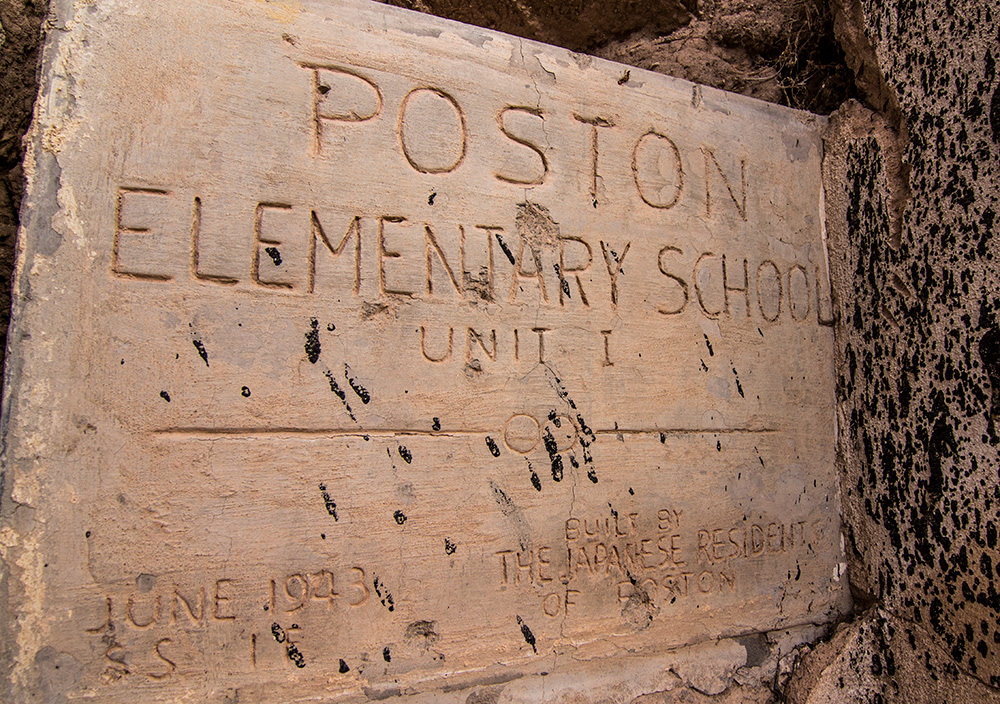 A hidden plaque survives time, fires and weather to proudly display the site of the Poston Elementary School

One of many residential evacuee blocks serve as an eerie reminder of war, fear and imprisonment 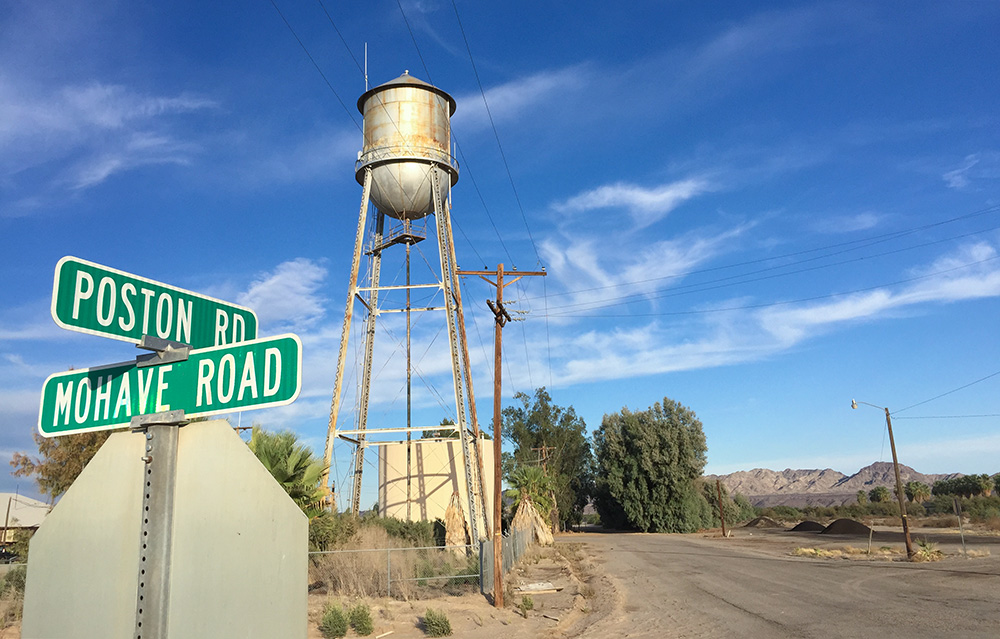