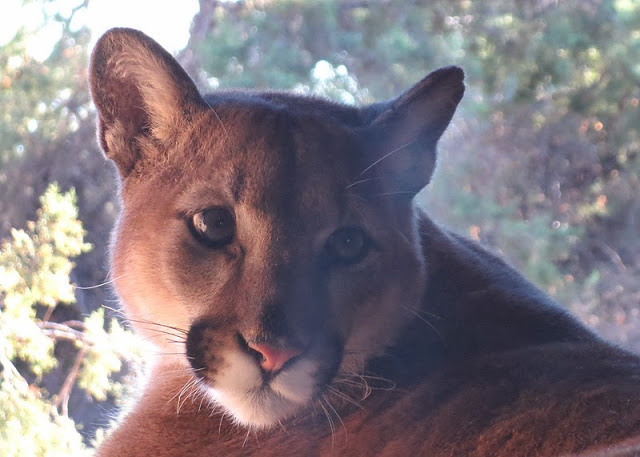 Our wild side meets wildlife

Next stop in Tucson….The Arizona-Sonora Desert Museum located not far from Old Tucson Studios. After passing this up last year, we made a point of visiting this time and we were glad we did! The highlight of the day was the Raptor Free Flight show, this surpassed all of our expectations. They sent out 4 different birds and had them land right in front of us, swoop down (narrowly missing our heads) and sit atop saguaro cactus. The were let out in the vast open desert and although they were free to swoop, soar and even go after a mouse in the field, the handlers always brought them right back to us. What a sight to see as they communicated and “played” in their natural habitat mere inches away from us.

Another amazing sight was a majestic mountain lion! This young mountain lion (2.5 years old) was rescued and taken in by the museum. At the time of the rescue, this beautiful animal was in bad shape. They nursed him and brought him back to perfect health and now he loves coming out and watching all of the visitors. Every person that approached, he watched carefully and made eye contact. He was not fearful or shy and posed quite nicely for many photographs! This was a special treat for us, since we rarely get to see one out and about (normally they are shy and stay hidden from visitors).

So much to see at this beautifully maintained park! Little one fell in love with the Hummingbird enclosure/aviary, they had an adorable Ocelot that was taking a “cat nap” on a warm rock, hilariously photogenic prairie dogs, reptiles, big horn sheep, otters, Ancient Arizona display, Earth Science museum and an aquarium! Truly a magnificent place to visit and interact with many animals in their own environments. You can check our more info on their website: www.desertmuseum.org. 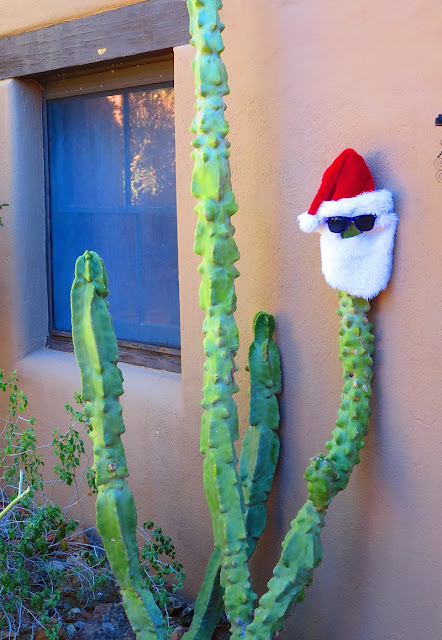 Christmas time in Arizona means decorated Saguaro’s. This Santa Saguaro welcomed us at the gates of the museum! 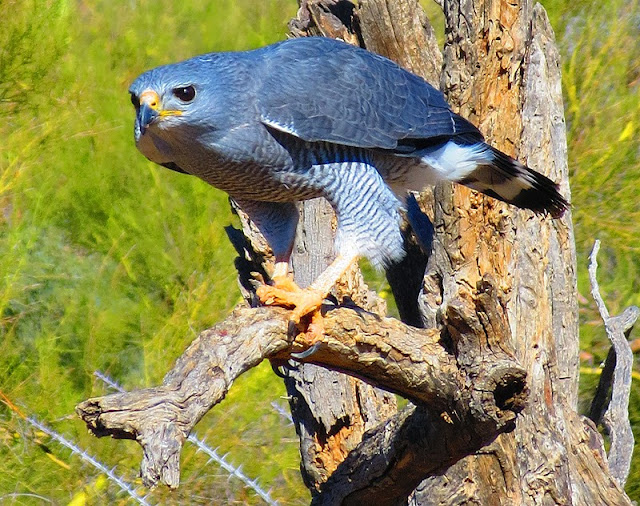 Gray Hawk was the first to take flight over us. At only 17 inches, he is considered a small raptor 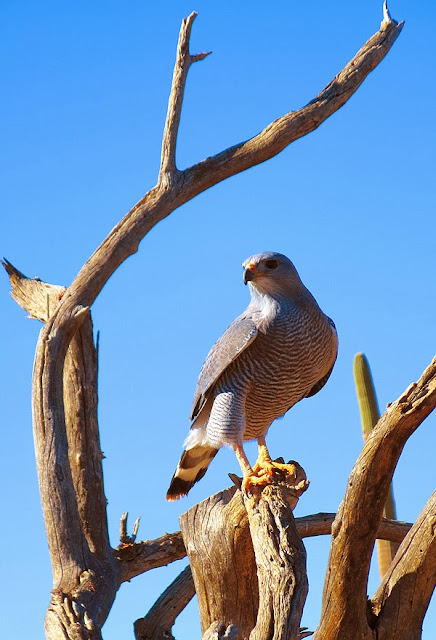 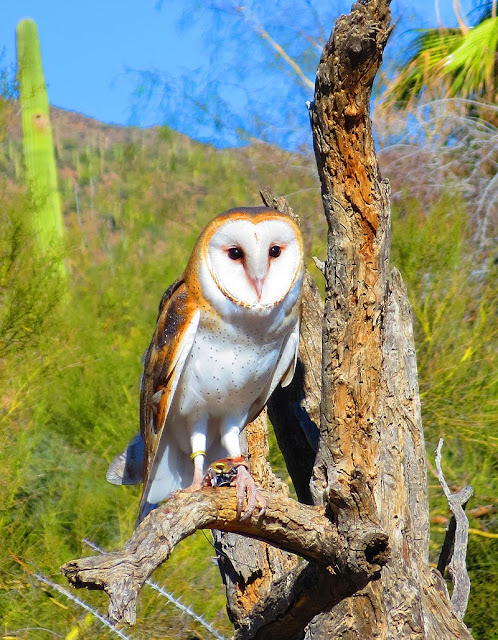 Next up was the Barn Owl. Although he flies virtually silent, his screech was unmistakable and we heard him coming, long before we saw him. He was by far, the most talkative of the group. 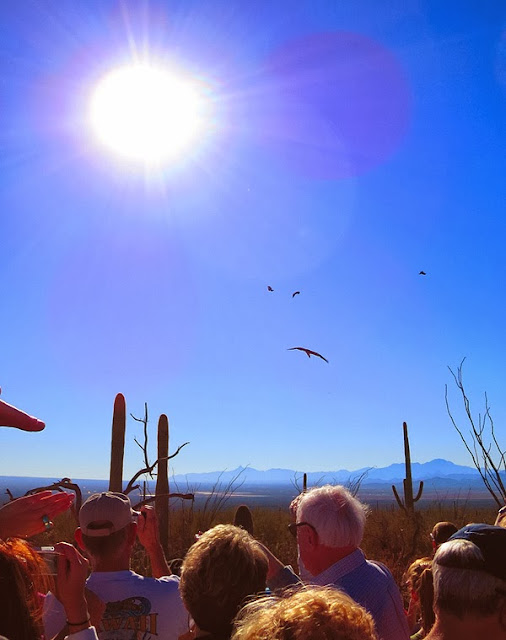 The Raptor Free Flight show takes you to the middle of the Arizona desert to watch these majestic birds take flight! 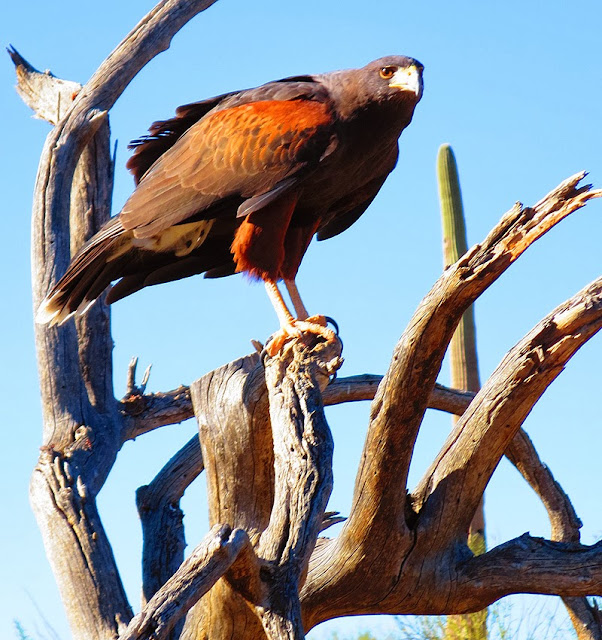 The social Harris Hawks were up next. Typically very social birds, they hunt in groups of five and we got to see all five in action! 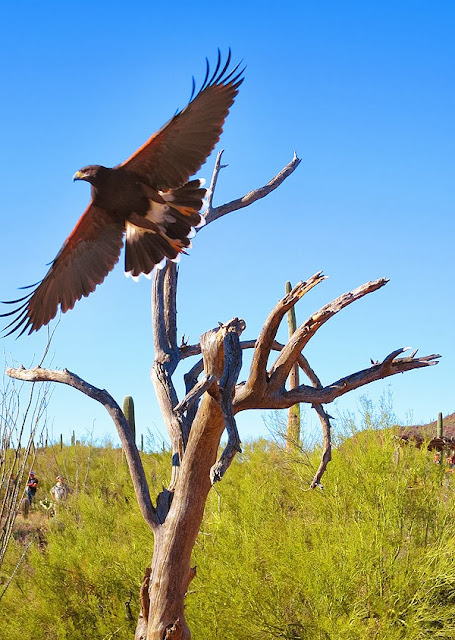 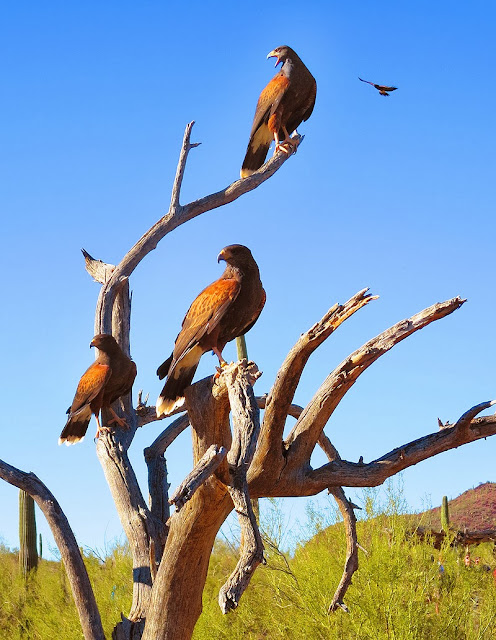 Four out of the five Harris Hawks pictured here. The leader is clearly calling the fifth hawk to join them 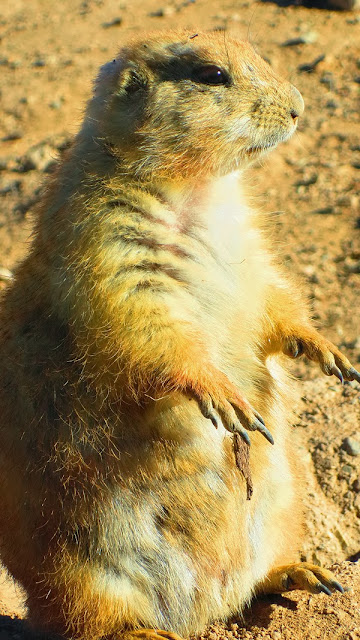 These hilarious prairie dogs came right up to the glass and happily posed for us. Apparently, this was his “good side”! 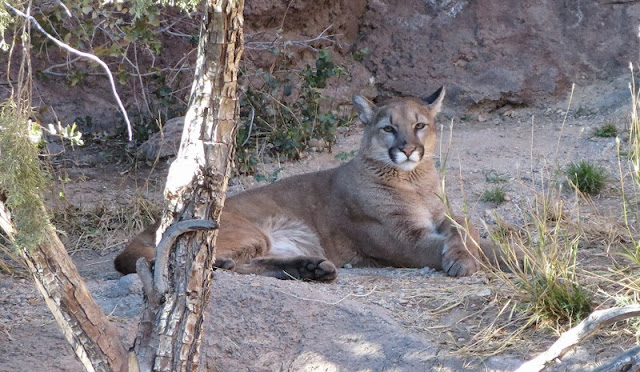 Look how regal this Mountain Lion looks with his paws perfectly crossed; such a gentleman 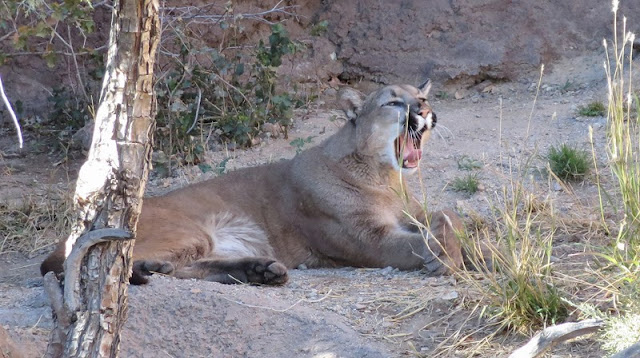 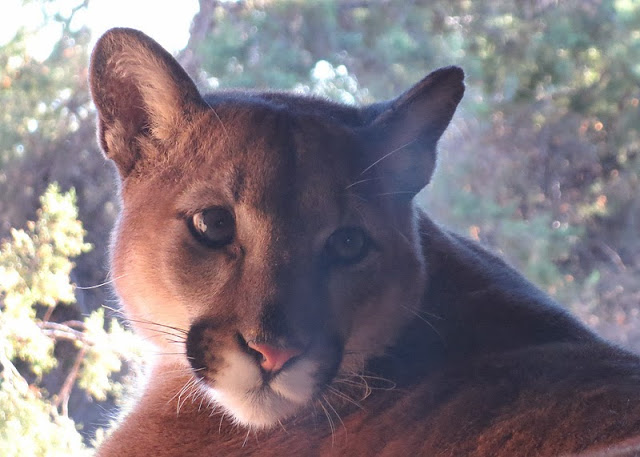 Up close and personal, nothing but glass between us and this sweet face 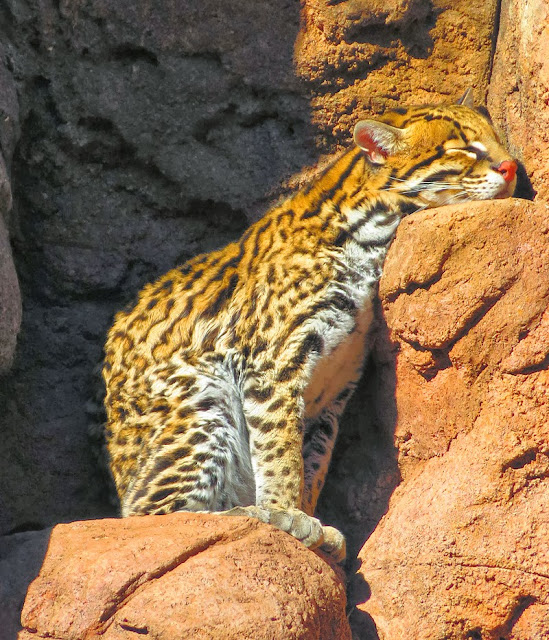 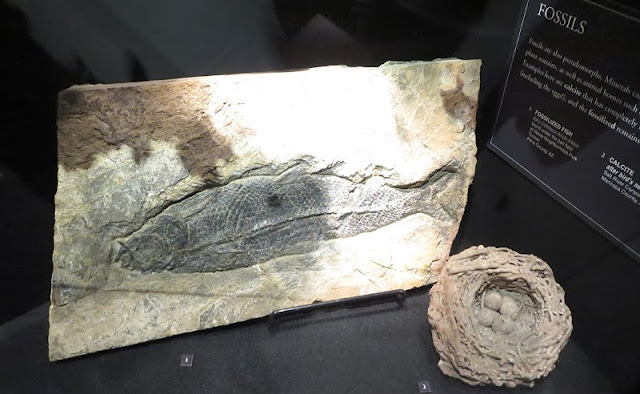 Inside the Ancient Arizona museum were rare fossils found right there in Pima and Maricopa County. I was fascinated by the perfectly intact bird nest. 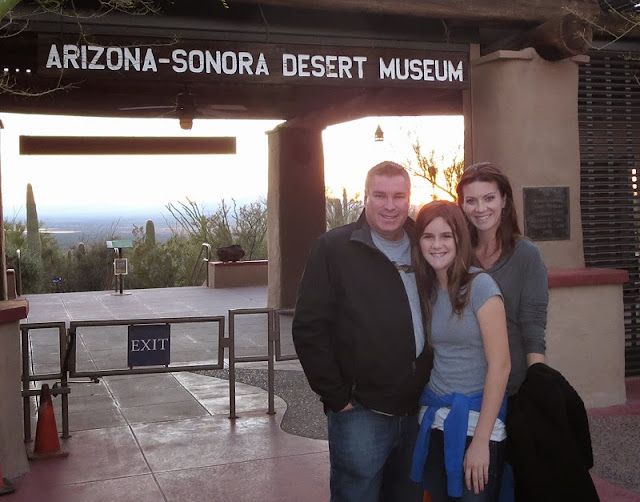