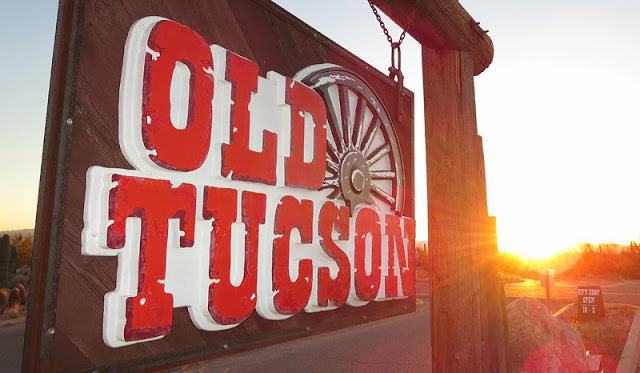 Our Christmas holiday led us East to Tucson, AZ and what is a visit to Tucson without going to Old Tucson Studios?

First stop was to look the part in some real cowboy hats, then on to the fun!

Old Tucson Studios was first built in the 1930’s, but suffered a devastating fire in 1995 that wiped out the majority of their buildings. Now, there are only three original adobe buildings left on the premises and everything else has been rebuilt. The amount of movies and TV series filmed here over the years is astonishing. All John Wayne films, all seasons of Little House on The Prairie, Three Amigos and so much more!There was an entire museum full of every movie every filmed at the studios along with signed memorabilia, costumes and movie posters. The Grand Palace is now a major sound stage and every inch of the property is used as a backdrop, including trains, stage coaches, covered wagons, water towers, churches, mines and train depots (oh my)!

We did all of the touristy things, including riding the old fashioned train, taking a stroll in a stage coach, driving the “autopia cars” through the desert and even did a crazy mine tour (that looked more like a funhouse/cheesy haunted house…but the tour guide was a riot)! I was even pulled up during a gun battle to engage in some good old fashioned stunt fighting. In the end, the stunt man was beaten up by a girl! My punishment for beating up a cowboy, was having to give him a kiss on the cheek in front of the crowd (luckily hubby didn’t mind)!

Overall, we really enjoyed our rowdy adventure and the Hollywood history in this rip roaring western town. 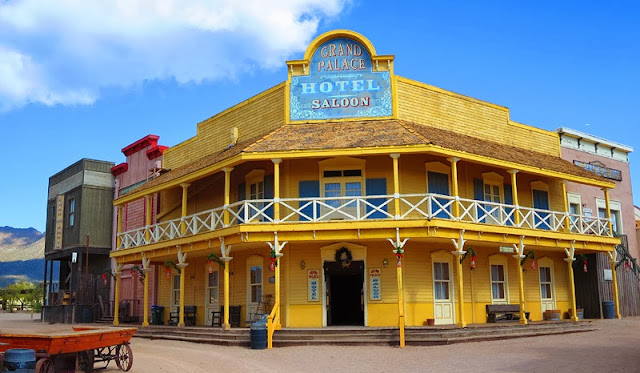 The Grand Palace Saloon sits at the end of Main Street and has been used in numerous movies. Now it’s a set and a major sound stage. 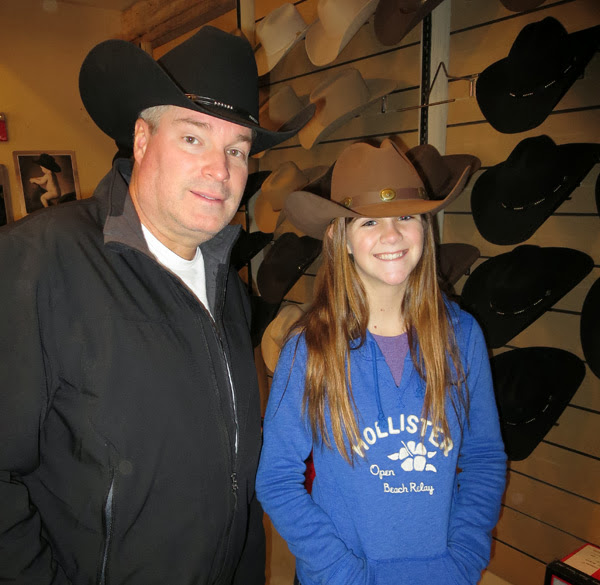 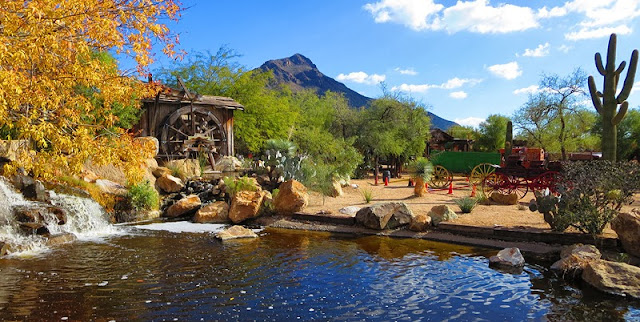 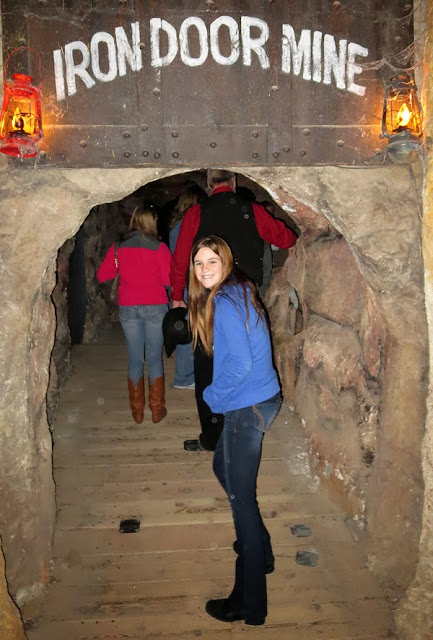 Our tour through the Iron Door Mine was hilariously entertaining 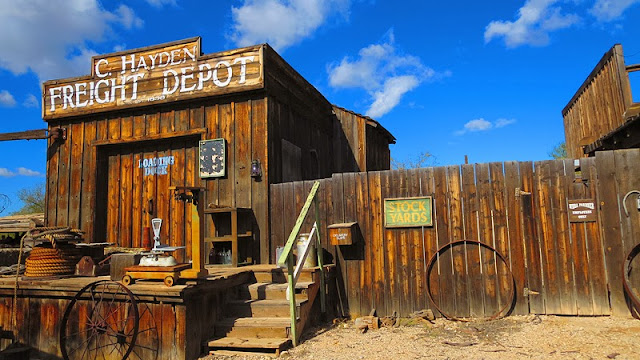 Originally built for a John Wayne movie, but was eventually left on the cutting room floor

Old train car rests in front of Golden Gate Mountain. Golden Gate mountain (the biggest peak) was seen in only one episode of Little House on the Prairie and if you look closely, it makes an appearance in just about every old western movie Abandoned water tower in the back lot Autopia ride through the desert…little one is way too happy to have her own car! 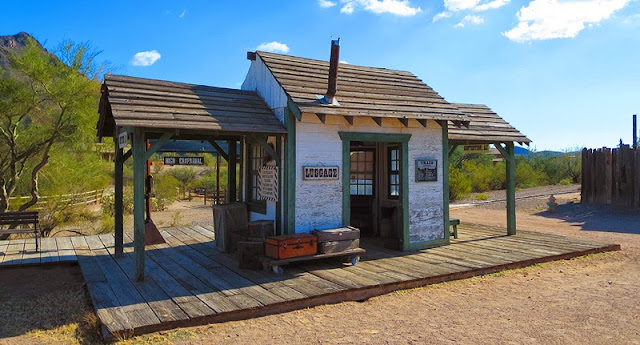 Train depot used in many shows including High Chaparral and most recently 3:10 to Yuma 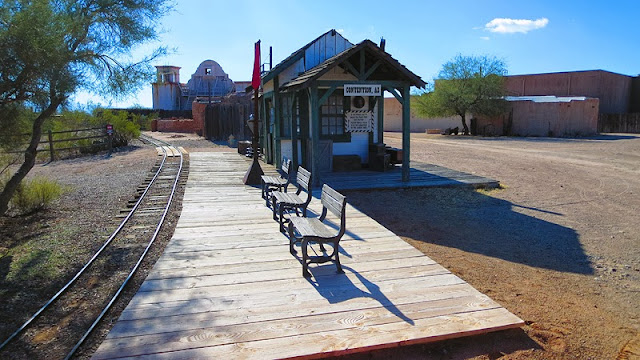 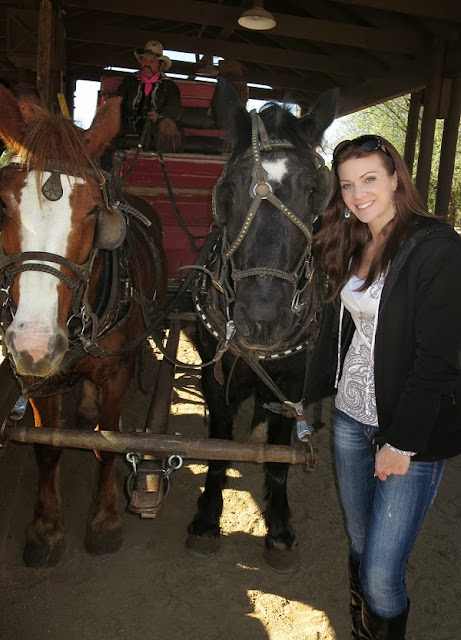 After our Stage Coach tour, I posed with our tour guides

The “mission set” which was also the setting of the wild stunt show (as well as the backdrop for many movies including The Three Amigos, Tombstone and many more. 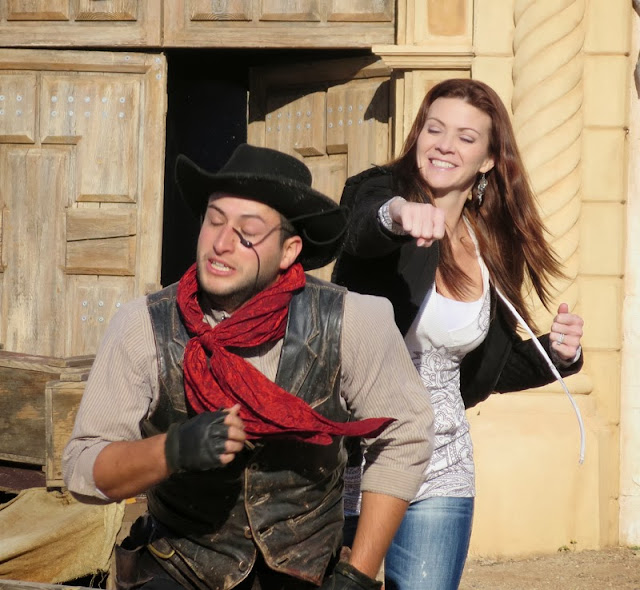 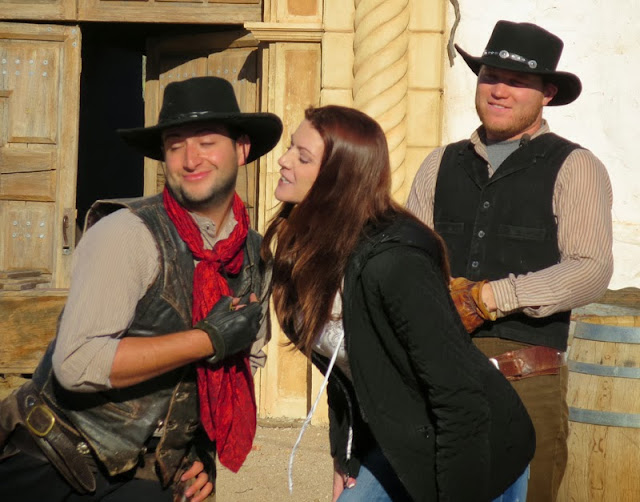 The famous “Reno” train sits amidst an old church and natural beauty. The Reno appeared in movies as recent as “Wild Wild West” with Will Smith and the locals refer to him as their international superstar. 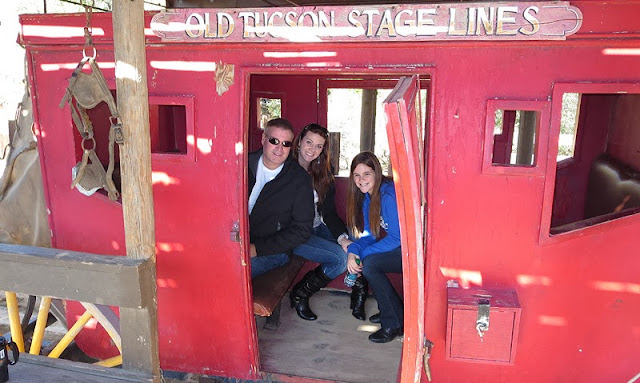 As the sun sets, we say good bye to Old Tucson Studios