The Land of Saguaros

Our new friends are a little “rough around the edges”

Traveling through Southern Arizona you can’t help be captivated by the amount of saguaros and the different personalities they have. Each saguaro had a funny, cartoon-like personality and they littered the landscape by the thousands. These guys looked like little green sticks up and down the red mountains and this made for a breath taking drive. From Bisbee we took a side road that cut through the middle of Arizona and back up into Tucson. Gilbert Ray campground is right in the middle of the Saguaro National Park. This park is so massive that it extends beyond the eastern and western side of Interstate 10. Now that’s a lot of Saguaros! We only had a quick stay here, but the park is flanked by the historic “Old Tucson Studios” and the Arizona-Sonora Desert Museum and of course the Saguaros National Park.

The end of the trip took us on one more journey along state highway 86 which was established in 1967 and was oringally the road used as the main access between Tucson and New Mexico. It was also a huge indian throughfare (part of the Tohono O’odham Indian Nation).

The scenery was very rustic Arizona and we encountered the Kitt Peak National Observatory. We didn’t get to stop, but this place sounds cool with over 22 optical telescopes and two radio telescopes as well as three major night operating telescopes! This route also led us through a town called Ajo (blink and you miss it…but we liked the mural on the wall)! 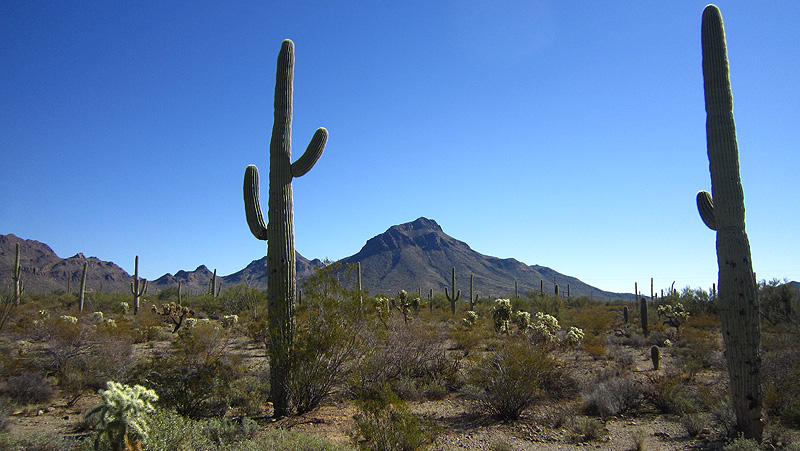 We are not sure, but we believe that this saguaro was welcoming us to the park!

The road through the Saguaro National Park was beautiful 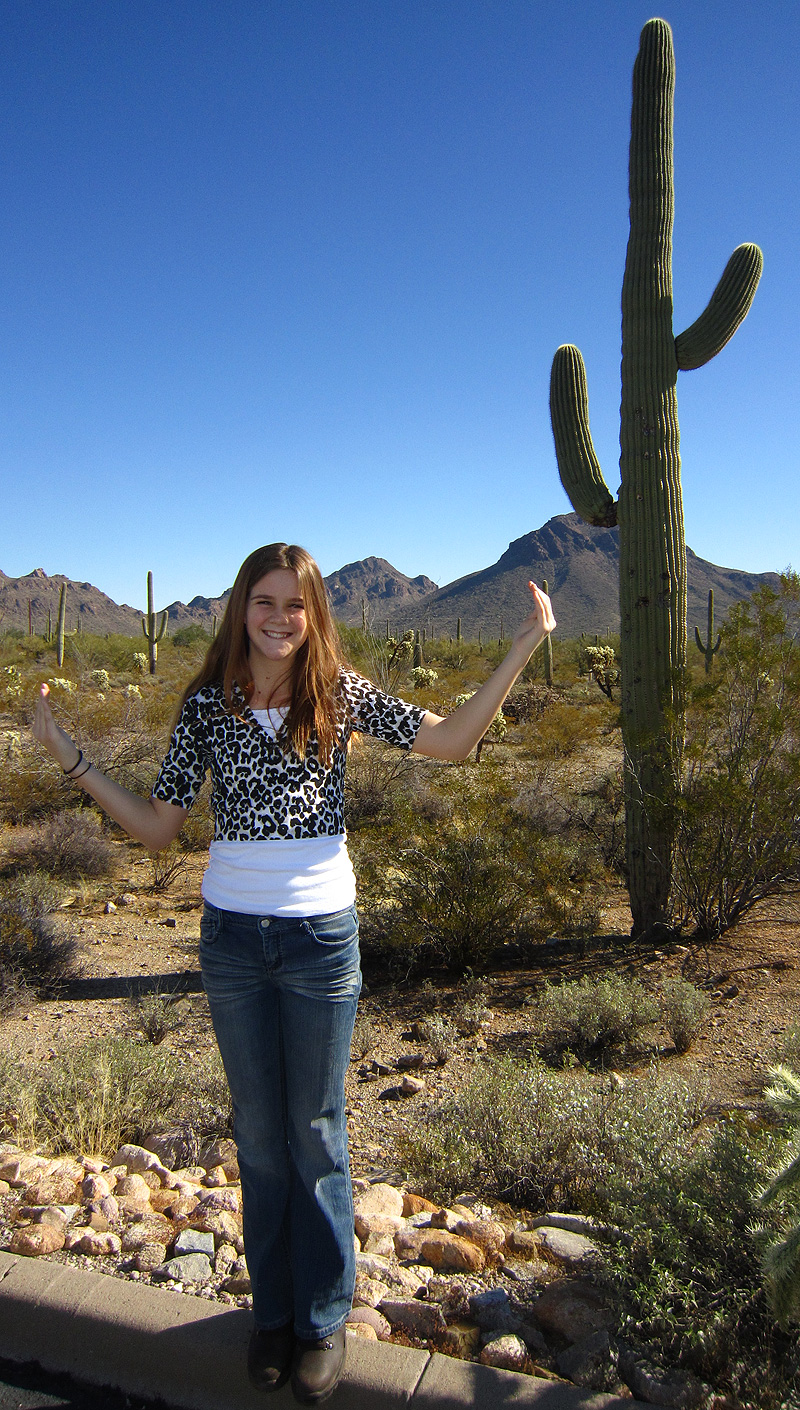 Trying to fit in and become one of the locals!

Kitt Peak National Observatory sitting atop of the mountain, just off Highway 86

This was a mural at the gas station in Ajo. Not much there, but it was on the way back to Gila Bend.